During our long working experience, we have come accross many rewarding encounters. We have collected a couple of quotations and stories for you, which we hope will support your view on conductive pedagogy.

The “we can” stories from our partner ACENA in North America show their successful children and young people!

Conductor Rita Simon is one of the professionals working at PTØ Gardermoen. She has been working as a conductor since 2012.  The last four years she has been in Norway with PTØ and before that she worked in Brazil, England and the USA. 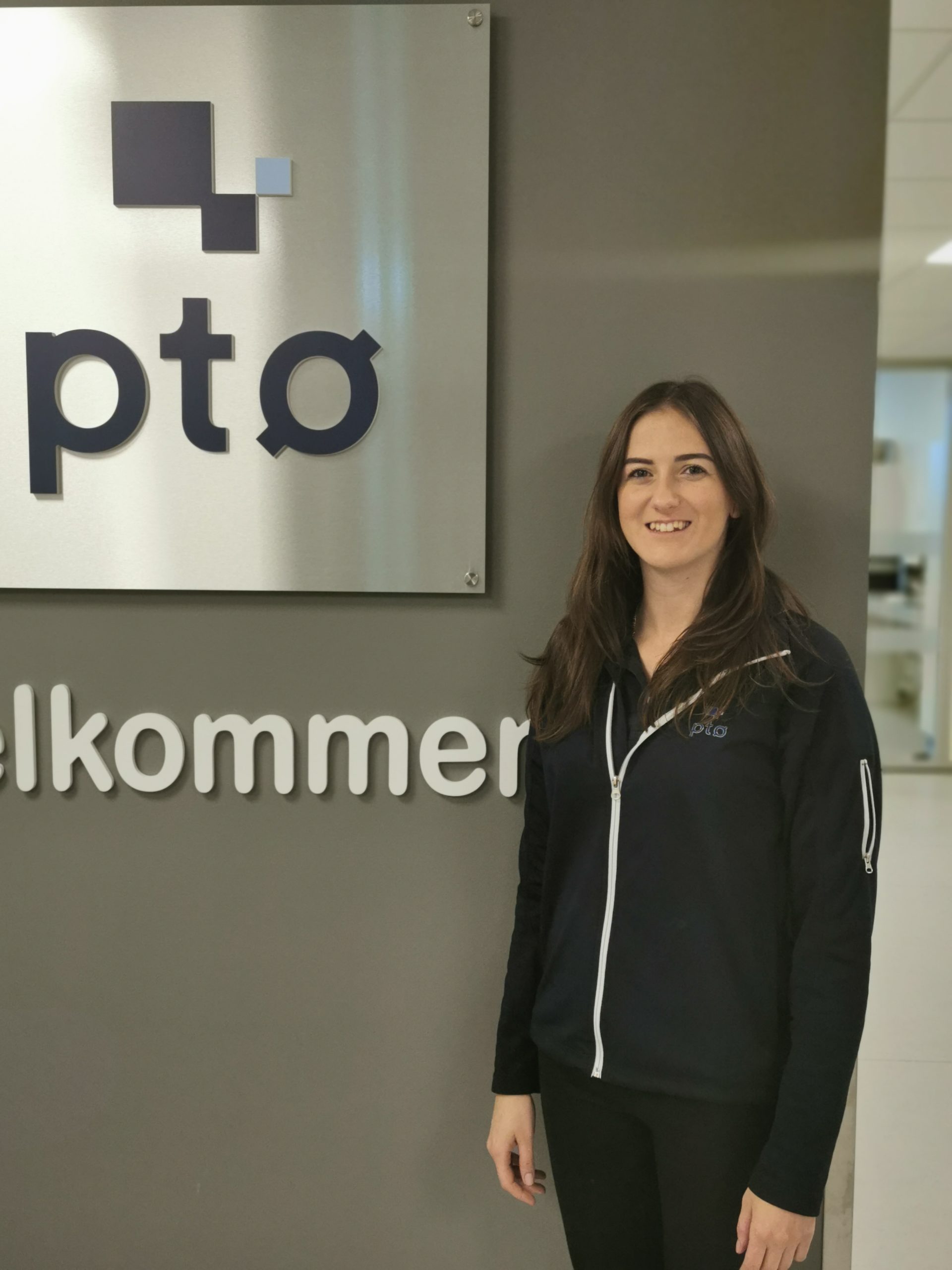 Rita is a dedicated professional who engages in PTØs participants.  She says the following about her work: “I enjoy seeing the participants work towards their goals.  The happiness they display when they can do something independently or with less help is unforgettable.  It is something we all can learn from.  A sense of achievement can boost your self esteem and the experiences gained can help to solve other challenges faced in daily life.  I also think it is great to see how the participants’ relationships with each other evolve over time. The group provides unique opportunities to learn from one another and develop important life skills and friendships.  Having friends and positive relations are some of life’s greatest pleasures”.

“… until the age of three, my child was unable to stand by himself. With the help of Conductive Education, he started practicing to walk with a walking frame, moved then to 3-point sticks and at the age of six, started to walk unaided. He has become a beautiful young man using public transport without any aids or assistance, living a happy and independent life. A miracle! …”

Anonymous, mother of a child with CP

Lars Mullback made a film about his success with Conductive Education:
https://www.youtube.com/watch?time_continue=5&v=V0UEAbpcd7k

“The nice thing about Conductive Education is working in a group. The children motivate each other and the progress made leaves me speechless again and again! One of my key experiences in the six months I was in Australia was when a girl managed to walk on her own without having to hold on to a trolley or something like that. Such successes remind me over and over of what Conductive Education can help people to achieve.
I also like the complexity of the programs and the fact that every single movement is well-thought-out and full of meaning, while at the same time being playfully communicated to the children.
The problem of conductive promotion in Australia, as in Germany, is the lack of awareness. But this is what the school, various associations and, of course, the parents of the kids are working on. After my studies, I would like to continue working in the conductive field and work on making it better known.”

“Joseph is coming out of a long sleep, like a hedgehog that’s been in hibernation”.
5-year-old Joseph Horsley had been virtually written-off by his doctors. He was probably blind. He couldn’t sit, talk or do anything for himself. Joseph is a spastic quadriplegic. His parents were told to have another baby if they wanted to enjoy the pleasures of parenthood. Now his doctors say he will walk and eventually talk. But they are not the same doctors. This remarkable transformation has taken place not in England, but behind the Iron Curtain – in Hungary – by a method known as Conductive Education. It is a system beyond the reach of Britain’s 10,000 cerebral palsied.”

This documentary film tells the story of the Horsley family’s flight to Hungary, and their appeal to the Petö Institute to accept their son for treatment.

BBC documentary in 1986 “Standing Up for Joe”
A British boy with cerebral palsy who attended the Petö Institute in Hungary.

“On reading your report, we wanted to feedback the following: An outstanding report which clearly demonstrates the differences the project has made to the children’s motor skills and communication, while also allowing them to have more fun. The parents’ overwhelmingly positive feedback is a to this. The case-study was heart-warming to read, and while our focus at Children in Need is on the young people, it is clear what a positive impact you are having on the parents/carers lives too, and helping to reduce the isolation the whole family must feel before joining the groups.”

Inspired by the Principals and Practices of CE
Source: www.footprints.org

“I was amazed at everything, … We saw progress in her confidence, and her physical abilities improved with her confidence… Now she feels she is part of the family”.

Stephanie R., mother of a child with CP
Source: www.conductive-world.info

„We are visiting the Petö-Institut since February“ , Klara S. says during the break. The yound mother of child Boldizsar talks about her son: „He was only a week old when the carer recognised the damage“. The child did not want to move, his musles were very stiff. „And then we came here.“ The yound mother from Budapest is very happy because she realises the approvement in her child: „The development is huge. Boldizsar moves already like other children at his age“.

“Amelie’s development has improved, more independent sitting, eating and drinking. … To watch Amelie push up to stand, lift her leg to step, hold her spoon takes my breath away. … My heart was touched with joy when I saw Amelie sit to stand”

Family of Amelie B.
Source: www.villarealschool.co.uk